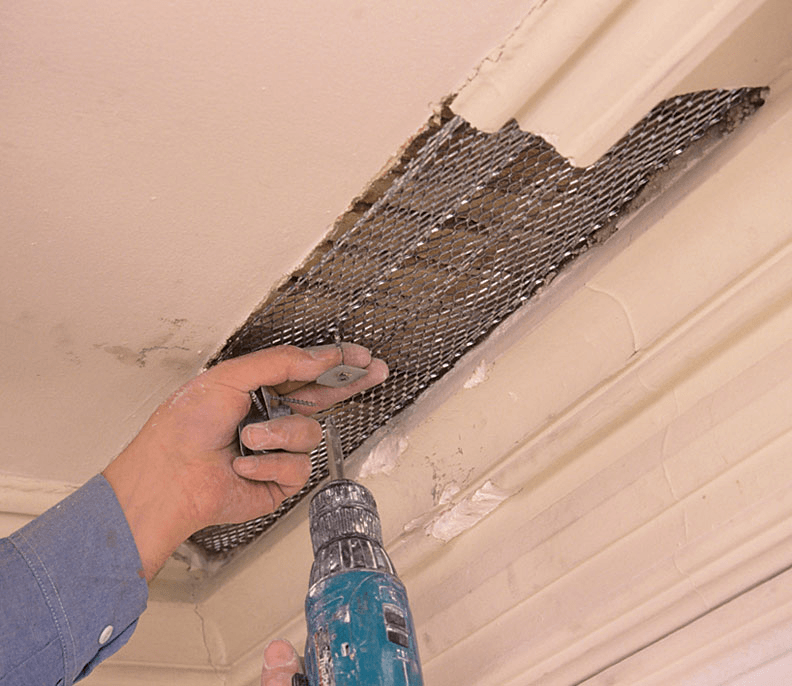 If you happen to own an old home that has lath and plaster walls, then you single-handedly know the frustration of using stud finders to locate studs. For instance, when you want to hang a large or heavy item, such as a television, you settle on the perfect place – but you are not sure whether there is a stud behind that section of the wall, and you cannot use a stud finder to find out.

The question is, how do you figure out where these studs are? Whether it is for a general spot of your wall or the ceiling, there are some useful tricks you can use – which we will discuss below.

What To Keep In Mind

Because plaster and drywall are not strong enough to hold much weight, it is important to find ceiling joists or studs to figure out where to attach something securely. You can do this through three methods, so you can work with the most suitable option for you.

There are numerous types available, but they mainly fall into two categories: electric finders and magnetic stud detectors (analog finders). There are some newer types that incorporate new technology such as 3D imaging, although these are not a common type in the market.

Alternative Methods To Use

Knocking on the area

This might seem like an unsophisticated method, but it can work – especially if you know how studs sound behind a wall. If you are knocking on a section that does not have a stud, you will hear a hollow resonance in response. However, you will hear a dull thud when you knock on the sections that have studs, so use this to figure out a pattern.

As a general guideline, studs are spaced 16 inches apart from each other, so you can use this to find a pattern and know where to hang your items. This method is more reliable than the knocking method, and it will deliver accurate results – you just need to make sure the magnet is very strong, so avoid those fancy kitchen magnets because they will not work. It can also work when you are looking for studs in your ceiling, more than the other two methods.

Tie a string or dental floss around the magnet, and dangle it against the wall. Move it slowly across, and you will notice that the magnet will stick to the parts of the ceiling that have studs. It works because the magnet is attracted to the nails that hold the stud parts together.

In addition, keep in mind that some studs can be vertical in their alignment, so you can move the magnet vertically if you are not having much luck when you move across.

If you do not have a magnet, you can use a metal detector to pick up stud locations. Its working premise is the same as the magnet technique. If the metal detector is particularly sensitive, chances are you will also pick up wires, other objects hiding behind the wall, or plumbing that uses cast iron, so you need to keep this in mind.

That means the metal detector method is not entirely foolproof, so you will need to be careful with the method and what you do with it. In fact, it is best to use it with other methods so that you increase the chances of your accuracy.

How To Find Studs In Plaster Ceiling: Final Thoughts

Stud finders are great for many walls, but they do not work well in the case of plaster walls and ceilings. In such instances, you will need to use alternative methods to find what you are looking for, and fortunately, they are many. If you need extra information, you can also consult the architectural plans of your home and make sure your findings are as accurate as possible.